American Nations: A History of the Eleven Rival Regional Cultures of North America

North America was settled by people with distinct religious, political, and ethnographic characteristics, creating regional cultures that have been at odds with one another ever since. Subsequent immigrants didn't confront or assimilate into an “American” or “Canadian” culture, but rather into one of the eleven distinct regional ones that spread over the continent each staking out mutually exclusive territory.

In American Nations, Colin Woodard leads us on a journey through the history of our fractured continent, and the rivalries and alliances between its component nations, which conform to neither state nor international boundaries. He illustrates and explains why “American” values vary sharply from one region to another. Woodard (author of American Character: A History of the Epic Struggle Between Individual Liberty and the Common Good)  reveals how intranational differences have played a pivotal role at every point in the continent's history, from the American Revolution and the Civil War to the tumultuous sixties and the "blue county/red county" maps of recent presidential elections. American Nations is a revolutionary and revelatory take on America's myriad identities and how the conflicts between them have shaped our past and are molding our future. 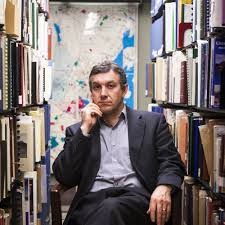 Colin Woodard has reported from more than fifty foreign countries and seven continents, and lived for more than four years in Eastern Europe. He is a longtime foreign correspondent of The Chronicle of Higher Education and The Christian Science Monitor, a contributing editor at Politico, and State and National

Affairs Writer at The Portland Press Herald / Maine Sunday Telegram. His work has appeared in dozens of publications.

He has covered a wide-range of issues, from ethnic conflict in the Balkans and peacekeeping in Guatemala to the destruction of coral reefs and the effects of global warming on Antarctica. Since 1989, Woodard has been based  in Budapest, Hungary, Zagreb, Croatia, Washington, DC, and on the US-Mexico border near Brownsville, Texas.