I Shall Not Hate: A Gaza Doctor's Journey on the Road to Peace and Human Dignity 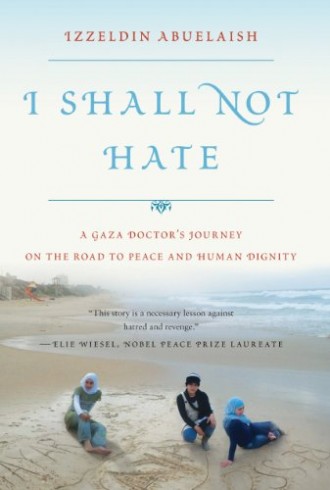 A Harvard-trained Palestinian doctor who was born and raised in the Jabalia refugee camp in the Gaza Strip and "who has devoted his life to medicine and reconciliation between Israelis and Palestinians" (New York Times), Abuelaish has been crossing the lines in the sand that divide Israelis and Palestinians for most of his life - as a physician who treats patients on both sides of the line, as a humanitarian who sees the need for improved health and education for women as the way forward in the Middle East. And, most recently, as the father whose daughters were killed by Israeli soldiers on January 16, 2009, during Israel's incursion into the Gaza Strip. His response to this tragedy made news and won him humanitarian awards around the world.

Instead of seeking revenge or sinking into hatred, Abuelaish called for the people in the region to start talking to each other. His deepest hope is that his daughters will be "the last sacrifice on the road to peace between Palestinians and Israelis." 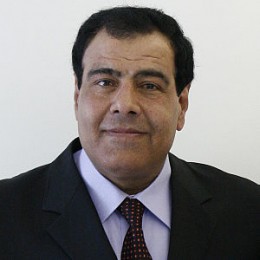 Izzeldin Abuelaish is a Canadian-Palestinian medical doctor and author. He was born in Gaza, and was the first Palestinian doctor to work in an Israeli hospital. He was active in promoting Israeli-Palestinian reconciliation. His daughters attended a peace camp with Israeli children in the United States. During the Gaza War in January 2009, his three daughters and a niece were killed by Israeli tank fire directed at his home. He had been calling in reports about the effect of the war by phone to a TV station. In his regularly scheduled report, in tears, he described their killing on-air, in a video that was widely circulated in Israel and the world. The Israeli military initially claimed that Dr. Abuelaish's house was targeted because it was the source of sniper fire. A day later the Israelis claimed to be targeting militants. It was further alleged, but unproven, that the dead girl's bodies contained shrapnel from Qassam rockets.

He emigrated to Canada and wrote I Shall Not Hate. He now resides in Toronto, Canada with his remaining children.

I Shall Not Hate: A Gaza Doctor's Journey on the Road to Peace and Human Dignity by Izzeldin Abuelaish is the third book selected by the Ajijic Book Club set in the world’s most troubled area, the Middle East. The other two were A Disappearance in Damascus: A Story of Friendship and Survival in the Shadow of War by Deborah Campbell and The Lemon Tree: An Arab, a Jew, and the Heart of the Middle East by Sandy Tolan. All are dramatic stories.

Although I have tried to follow the news from the Middle East since I was a teenager, this was the first time I read something written by a Palistinian from Gaza. Chapter One described conditions in Gaza which were not a surprise but not something I think about often. Chapter One is also a summary of the whole story and consequently there are few surprises.

The majority of its approximately 1.5 million residents are Palestinian refugees… Thick, unrelenting oppression touches every single aspect of life in Gaza… a human time bomb in the process of imploding.

Izzeldin Abuelais was an unusual child and has retained his remarkable attitude to this day in the face of tragedies that would crush most human beings.

Even now, six decades after my family became refugees in the Gaza Strip, knowing that our family land will never be ours again, I still suffer from this loss. However, I was never drawn in by the loss, nostalgia, and outrage my grandfather expressed. I learned instead to direct my attention to studying and surviving. I knew there was a better way, and even as a child, I set out to find it.

He was also lucky to have good guidance early in life.

...a teacher at the new school, Ahmed Al Halaby, would become one of the most important mentors of my life… He paid so much attention to me that by the end of the year he had thoroughly convinced me, a first grader, that I could learn anything I wanted to learn and become anything I wanted to become. He was an extraordinary man.

...my English teacher took me aside. He told me I was a good student, said I was intelligent enough that I could eventually go to a university and become a professional: a doctor, a lawyer, or an engineer.

Why is it that in the same circumstances one teenager becomes a terrorist and another becomes a doctor? It is easier for me to understand the terrorist than the doctor. There would be little that is remarkable in the story of the terrorist.

I was very aware of the suffering of my people, but I also believed the weapon I needed was not a rock or a gun but an education so that I could fight for human rights and help all the Palestinian people.

Unlike Izzeldin Abuelaish, I have never witnessed childbirth so I can only use my imagination to appreciate its impact.

...it was obstetrics and gynecology and their relation to the miracle of life that energized me as though, when I was studying this subject, I was breathing rarefied air. The first time I assisted in the delivery of a newborn, I was mesmerized.

One of my great concerns is the continued deepening of polarization and I too want to build bridges in whatever small way I can.

...there is also a silent camp of people in every country who believe, like I do, that we can bring two communities together by listening to each other’s points of view and concerns.

I am fortunate to have a good friend with whom I was able to discuss the Middle East geopolitical situation in considerable detail. He is a Christian conservative and a strong supporter of Israel and the Jewish people. I am an agnostic liberal with empathy for the Palistinian people. Our discussions were often very frustrating but we persevered for a considerable period of time. It was a valuable learning experience and well worth the effort.

Although Izzeldin Abuelais and I have lived very different lives, in one respect we have come to the same conclusion.

One of the ways to alter the status quo is to look to the women and girls. It’s easy to find a thousand men in favor of war; it’s difficult to find five women who are inclined that way.

The Middle East conflict is only one of the big problems facing human beings. Increasingly I am coming to believe that it will take women in leadership roles to champion breakthrough solutions. Thousands of years of male dominated leadership has brought us to a point where civilization is faltering.

Chapter Six in which Izzeldin Abuelais described in vivid detail the attack which killed his three daughters and a niece was very difficult to read. That he did not lose his determination not to hate is inspiring to say the least. And I was very pleased to read how he was received in Canada.

Toronto has turned out to be everything I had hoped for: a place and a time for my children to heal.

I Shall Not Hate: A Gaza Doctor's Journey on the Road to Peace and Human Dignity was written in 2009 and  published in 2010. It is my intention to find some time to research the continuation of the story. But with no research necessary, we all know that the conflict between Palestinians and Jews in the Middle East remains unresolved.