The Dream is Over, the Nightmare Begins 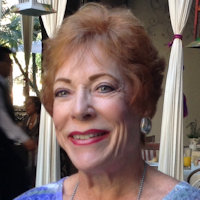 I will wager that you will not be able to put this book down, even if another book about Nazi Germany would be your last choice in reading material.  It was both for me, ie, the last choice  for subject matter but a spellbinder.  Franzie, Marlie’s youngest daughter never knew.  Franzie’s mother had never spoken about those years.  After her mother’s death,  Franzie discovered her diary in a trunk in the attic.  It was a journey into the heart, mind and soul of a woman who was initially swept up in Hitler’s propaganda for a utopian Germany, but becomes disillusioned and joins the Resistance.  We accompany her on her dangerous forays as she secretly escorts Jewish children to a safe house for their escape from Germany.

The book is written in the present tense.  As a result, the reader is with her every minute and bears witness to her suffering the hardships of near starvation, feels her tension and mind-numbing fear as she courageously faces German check points, interrogation, and Nazi intrusions into her home.

Marlie has three young children of her own who also could be in jeopardy were she to be discovered.  Her husband, a pilot for the Luftwaffe, is missing in action and she is caught between two brother’s loyalties to Hitler, a thought-to-be alienated father whom she discovers is clandestinely helping the Jews, and one brother who, as a perfect Aryan but a homosexual, has been assigned to a special camp where he is forced to mate with the perfect Aryan females. There are unimaginable and unpredictable twists and turns, worthy of the most exotic adventure novels. Love of country, love of family, forbidden love, spiritual love, love of humanity are all a part of this extraordinary life story.

This gives the reader  a glimpse into what it was like to be a German during those years, the courage it took and the risks taken by those German who were living dual lives, pretending on one hand to be “good” Nazis and, on the other hand, helping the Resistance. Marlie had everything to lose, including her children.  A different story from the many books focusing on the horrific Jewish extermination, this book focuses on what it was like for the conscious German. I consider it a  “must read”.

6 years ago — John Stokdijk
One of the benefits of belonging to a book club is becoming aware of books which would otherwise have escaped our notice. One of the joys of living at Lakeside is discovering books written by local authors and actually meeting them. Reading The Dream is Over, the Nightmare Begins by Gudrun Z. Jones is now a valued part of my life experience. The Prologue and Epilog are written from the perspective of Franzie. This may be confusing to some readers if they do not realize that Gudrun is Franzie. Fortunately I had noticed the dedication page which makes this clear before I read the story itself. This book may capture the interest of a reader on several levels. It is the true story of the heroic courage of those who saved Jews during WWII, the most significant event of the 20th century. It is the true story of Marlie, Gudrun’s mother, captured in her own words in her journal in which she intimately captures her subjective experience as she lived through that chaotic time. It is a love story between Maria (Marlie) and Franz, Gudrun’s parents. It is the story of a daughter learning so much more about her mother after discovering her journal. The book is best loosely categorized as Creative Nonfiction, a rapidly growing genre. As Gudrun herself confirmed, the journal written by Marlie is totally authentic and distinguished from the other content by the use of italics. The rest of the book includes very believable enlargements of actual events which come from the imagination of the author. Together this approach gives us an incredible story well told. Thank you Gudrun!