Lies My Teacher Told Me: Everything Your American History Textbook Got Wrong 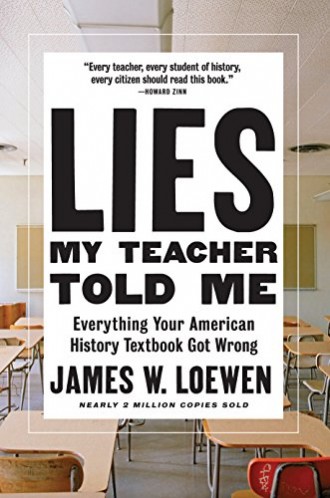 Since its first publication in 1995, Lies My Teacher Told Me has become one of the most important—and successful—history books of our time. Having sold nearly two million copies, the book also won an American Book Award and the Oliver Cromwell Cox Award for Distinguished Anti-Racist Scholarship and was heralded on the front page of the New York Times.

For this new edition, Loewen has added a new preface that shows how inadequate history courses in high school help produce adult Americans who think Donald Trump can solve their problems, and calls out academic historians for abandoning the concept of truth in a misguided effort to be “objective.”

What started out as a survey of the twelve leading American history textbooks has ended up being what the San Francisco Chronicle calls “an extremely convincing plea for truth in education.” In Lies My Teacher Told Me, James W. Loewen brings history alive in all its complexity and ambiguity. Beginning with pre-Columbian history and ranging over characters and events as diverse as Reconstruction, Helen Keller, the first Thanksgiving, the My Lai massacre, 9/11, and the Iraq War, Loewen offers an eye-opening critique of existing textbooks, and a wonderful retelling of American history as it should—and could—be taught to American students. 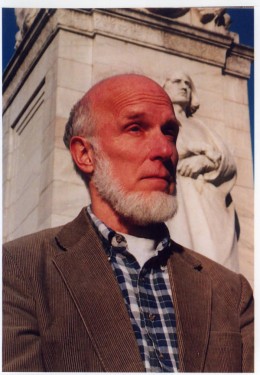 James Loewen's gripping retelling of American history as it should, and could, be taught, Lies My Teacher Told Me, has sold more than 1,500,000 copies and continues to inspire K-16 teachers to get students to challenge, rather than memorize, their textbooks.

He has been an expert witness in more than 50 civil rights, voting rights, and employment cases. His awards include the First Annual Spivack Award of the American Sociological Association for "sociological research applied to the field of intergroup relations," the American Book Award (for Lies My Teacher Told Me), and the Oliver Cromwell Cox Award for Distinguished Anti-Racist Scholarship. He is also Distinguished Lecturer for the Organization of American Historians and Visiting Professor of Sociology at Catholic University in Washington, DC. In 2012 the American Sociological Association gave Loewen its Cox-Johnson-Frazier Award, for "scholarship in service to social justice."  He is the first white person ever to win this award.  Also in 2012, the National Council for the Social Studies gave Loewen its "Spirit of America" Award, previously won by, inter alia, Jimmy Carter, Rosa Parks, and Mr. Rogers.