In 1975, Cornelia E. Davis, MD, MPH, was a pioneering African American woman doctor fresh out of medical school. Davis felt an overwhelming gratitude for her life’s opportunities, and sought a way to give back. Her bold choice would benefit millions of lives.

The World Health Organization hired Davis to work in its landmark smallpox eradication program. Davis traveled to India, where she scoured the countryside for the last remnants of the brutal, deadly disease. Connie didn’t allow entrenched sexism, or caste taboos to deter her from her fascinating mission. She tracked smallpox through the Thar desert on camelback and across volatile Indo-Bangladeshi borders. She negotiated with smugglers and fakirs. She met Mother Theresa. She climbed to the base camp of Mount Everest. Finally, her symbolic search for Sitala Mata, the Hindu smallpox goddess, came to a positive conclusion. An international certification team declared smallpox eradicated in India.

To this day, smallpox is the only disease that’s been completely wiped out. Davis played a role in stopping a pestilence that’s dogged humanity for thousands of years. Searching for Sitala Mata is the story of how one brave woman’s simple desire to pay it forward had historic and positive ramifications worldwide.

I first met Connie Davis in December 2014 on the Charter Club tour to Mexico City. She seemed like a nice lady but we did not get to know each other beyond causal greetings. It was a large group and she was spending most of her time with her daughter.

We saw each other from time to time at Open Circle. It was there in October 2015 that Connie presented her remarkable story. I have now enjoyed reading her book and learning many of the details. I knew almost nothing about smallpox. It was startling to learn that in the 19th century smallpox killed an estimated half a billion people, many more than the approximately 150 million killed in wars. Contributing to the eradication of smallpox in India is very worthwhile work.

The author herself provides an excellent summary of her first six months in India:

I had identified smallpox in a border village in Bangladesh, done outbreak containment on the Indian side, negotiated with smugglers to allow smallpox workers to vaccinate on the border, thought my jeep had killed a sacred cow, found my own green pinstriped shirt in a Caritas NGO donation from the States, met Mother Teresa, surreptitiously crossed the border into Sikkim, and been evacuated from Cooch Behar when the US embassy thought war between India and Bangladesh was imminent.

I will add one more item to this list of adventures. She drank brandy with Father LaFerla at the Catholic mission in Cooch Behar. Yes, that is totally consistent with the Connie I have come to know.

During the next 18 months stationed at Rajasthan, besides doing her very demanding job, she drank opium tea, was thrown off a camel and broke a rib, trekked to the base camp of Mount Everest, fired her cook and declined an opportunity to bathe in the Ganges.

Near the end of her book, Connie Davis lists Eleven Things I Learned from Smallpox Fieldwork. At around age thirty she had learned some very important life lessons. As I reflected on them, I realized that I had been much slower in gaining such wisdom.

In a POSTSCRIPT that is much too brief, we learn a little bit about the rest of the life of Doctor Connie Davis. Twenty years later she returned to India as the country director of the HIV/AIDS program. Connie, is that another book? 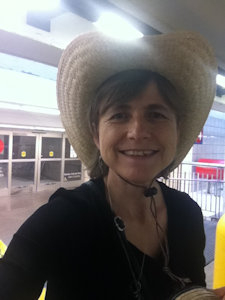 Visit India Without Leaving Your Couch