The Spymaster of Baghdad: A True Story of Bravery, Family, and Patriotism in the Battle against ISIS 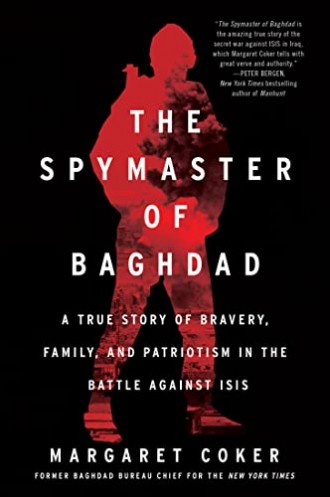 The Spymaster of Baghdad tells the dramatic yet intimate account of how a covert Iraqi intelligence unit called “the Falcons” came together against all odds to defeat ISIS. The Falcons, comprising ordinary men with little conventional espionage background, infiltrated the world’s most powerful terrorist organization, ultimately turning the tide of war against the terrorist group and bringing safety to millions of Iraqis and the broader world. Centered around the relationship between two brothers, Harith al-Sudani, a rudderless college dropout who was recruited to the Falcons by his all-star younger brother Munaf, and their eponymous unit commander Abu Ali, The Spymaster of Baghdad follows their emotional journey as Harith volunteers for the most dangerous mission imaginable. With piercing lyricism and thrilling prose, Coker’s deeply-reported account interweaves heartfelt portraits of these and other unforgettable characters as they navigate the streets of war-torn Baghdad and perform heroic feats of cunning and courage.

The Falcons’ path crosses with that of Abrar, a young, radicalized university student who, after being snubbed by the head of the Islamic State’s chemical weapons program, plots her own attack. At the near-final moment, the Falcons intercept Abrar’s deadly plan to poison Baghdad’s drinking water and arrest her in the middle of the night—just one of many covert counterterrorism operations revealed for the first time in the book.

Ultimately, The Spymaster of Baghdad is a page-turning account of wartime espionage in which ordinary people make extraordinary sacrifices for the greater good. Challenging our perceptions of terrorism and counterterrorism, war and peace, Iraq and the wider Middle East, American occupation and foreign intervention, The Spymaster of Baghdad is a testament to the power of personal choice and individual action to change the course of history—in a time when we need such stories more than ever. 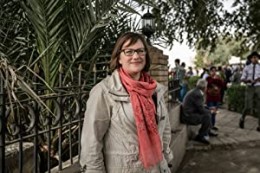 Margaret Coker is a prize-winning investigative journalist who, for the last nineteen years, has covered stories from thirty-two countries on four continents.

Since the U.S. invasion of Iraq in 2003, Coker has largely focused on the Middle East, writing on corruption, counterterrorism, and cyber warfare. Her stories written during the Libya uprising over Muammar Gaddafi for The Wall Street Journal won prizes for investigative journalism and diplomatic reporting. As Turkey bureau chief for The Wall Street Journal, Coker contributed to a 2016 series that was a finalist for the Pulitzer Prize in International Reporting. As the New York Times bureau chief in Baghdad in 2018, Coker won prizes for feature writing for her front-page stories about Iraq.

Margaret and her husband live in Savannah, Ga., with their two dogs and cat.