Embracing Defeat: Japan in the Wake of World War II 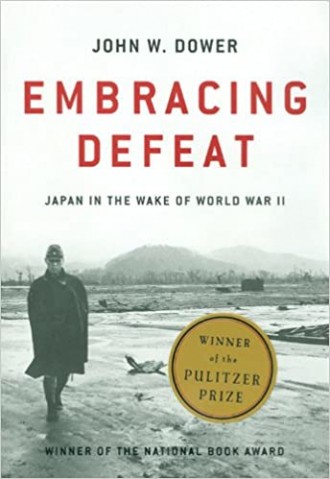 Drawing on a vast range of Japanese sources and illustrated with dozens of astonishing documentary photographs, Embracing Defeat is the fullest and most important history of the more than six years of American occupation, which affected every level of Japanese society, often in ways neither side could anticipate. Dower, whom Stephen E. Ambrose has called "America's foremost historian of the Second World War in the Pacific," gives us the rich and turbulent interplay between West and East, the victor and the vanquished, in a way never before attempted, from top-level manipulations concerning the fate of Emperor Hirohito to the hopes and fears of men and women in every walk of life. Already regarded as the benchmark in its field, Embracing Defeat is a work of colossal scholarship and history of the very first order.

John W. Dower is a Professor Emeritus at the Massachusetts Institute of Technology and co-founder, in 2002, of MIT's "Visualizing Cultures" project, a website that breaks new ground in the scholarly use of visual materials to reexamine the experience of Japan and China in the modern world. As of 2014, eleven of the presentations on this multi-unit site were authored by him. Dower’s 1999 book Embracing Defeat: Japan in the Wake of World War II won the U.S. National Book Award for Nonfiction, the Pulitzer Prize for General Nonfiction, the Bancroft Prize, the Los Angeles Times Book Prize, the Mark Lynton History Prize, and the John K. Fairbank Prize of the American Historical Association. Dower earned a bachelor's degree in American Studies from Amherst College in 1959, and a Ph.D. in History and Far Eastern Languages from Harvard University in 1972. He expanded his doctoral dissertation, a biography of former Japanese Prime Minister Yoshida Shigeru, into the book Empire and Aftermath. His many other publications include a selection of writings by E. Herbert Norman and a study of mutual images during World War II entitled War Without Mercy: Race and Power in the Pacific War. Dower was the executive producer of the Academy Award-nominated documentary Hellfire: A Journey from Hiroshima. He has taught at the University of Wisconsin–Madison and the University of California-San Diego. He has been a fellow of the American Academy of Arts and Sciences since 1991, and was honored with the American Historical Association's "Award for Scholarly Distinction" in 2013.