Gertrude Bell: Queen of the Desert, Shaper of Nations 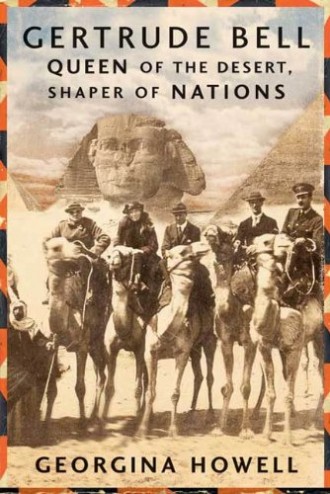 She has been called the female Lawrence of Arabia, which, while not inaccurate, fails to give Gertrude Bell her due. She was at one time the most powerful woman in the British Empire: a nation builder, the driving force behind the creation of modern-day Iraq. Born in 1868 into a world of privilege, Bell turned her back on Victorian society, choosing to read history at Oxford and going on to become an archaeologist, spy, Arabist, linguist, author (of Persian Pictures, The Desert and the Sown, and many other collections), poet, photographer, and legendary mountaineer (she took off her skirt and climbed the Alps in her underclothes).

She traveled the globe several times, but her passion was the desert, where she traveled with only her guns and her servants. Her vast knowledge of the region made her indispensable to the Cairo Intelligence Office of the British government during World War I. She advised the Viceroy of India; then, as an army major, she traveled to the front lines in Mesopotamia. There, she supported the creation of an autonomous Arab nation for Iraq, promoting and manipulating the election of King Faisal to the throne and helping to draw the borders of the fledgling state.

Gertrude Bell, vividly told and impeccably researched by Georgina Howell, is a richly compelling portrait of a woman who transcended the restrictions of her class and times, and in so doing, created a remarkable and enduring legacy. 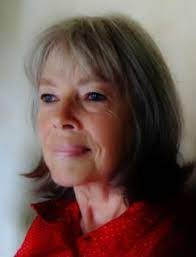 Georgina Howell obituary - from The Guardian

The elegant, perceptive journalism of Georgina Howell, who has died aged 73, entertained and informed readers of British and American magazines for 40 years, until she retired to Brittany in 2000 to write Daughter of the Desert, a biography of Gertrude Bell, the explorer, linguist and archaeologist who was the British government’s oriental secretary in Iraq in the 1920s.

Bell, whose life has since been made into a film, directed by Werner Herzog and starring Nicole Kidman, was Georgina’s heroine: an early feminist, the first woman to gain a first in modern history at Oxford, the first to achieve senior rank in British military intelligence and the first to win respect and to be treated as an equal by the establishment in Britain and rulers in the Middle East. The biography, published in 2006 and later retitled Queen of the Desert, was shortlisted for the Samuel Johnson prize. Georgina also edited Bell’s writings in A Woman in Arabia (2015), for Penguin Classics.

Georgina began her career in journalism at 18 in 1960 by winning Vogue’s annual talent contest – the route to success for many aspiring young writers. She left behind the shorthand and typing classes at the London School of Secretaries and began work in Vogue’s Condé Nast offices “watering the plants and taking messages” for the garden editor of House and Garden, who, Georgina said, “had a very demanding social round that permitted few visits to the office”.

She was soon transferred to Vogue, where she wrote copy for fashion spreads, won £5 in a staff competition by coming up with the slogan “Buy nothing until you buy Vogue” and assisted in styling the studio shoots of David Bailey, Duffy, Snowdon and Terence Donovan.

Beatrix Miller (always “Miss Miller” to Georgina) became editor of Vogue in 1964, recognised the young writer’s talent and gave her features to do. Within a few years, Miller promoted her to features editor and she later commissioned her to write a history of Vogue UK, published in 1975 as In Vogue: Six Decades of Fashion. Georgina updated it in 1991 with the title In Vogue: 75 Years of Style, to coincide with the magazine’s 75th anniversary.

An only child, she was born in Kimberley, South Africa, where her father, Bill, a career RAF officer, was training British fighter pilots for combat in the second world war. Her mother, Gwen (nee Darrington), wrote and presented short stories for the BBC’s Woman’s Hour. When Bill was posted to RAF bases in the far east and Britain, Georgina was sent to a succession of substandard convent schools where, as a Protestant, she felt discriminated against. Her treatment by nuns gave her a deep loathing of organised religion, though she did once try Buddhism and believed that everyone had a soul and there would be a hereafter.

Georgina had the most impeccable manners. In the tumultuous world of magazine and newspaper journalism, she was a calm, cool, modest presence and never raised her voice in the executive positions she held after leaving Vogue – fashion editor of the Observer and deputy editor of Tatler.

But beneath it all there was steely determination, which became evident to David Robson, deputy editor of the Sunday Times Magazine, who commissioned features from her when she was a freelance writer in the 1980s. He remembers her tenacity in trying to find a famous woman who might have preserved the fashionable clothes she wore in the past. After negotiations by telephone with Bianca Jagger in Nicaragua, Georgina tracked down her frocks and accessories to a self-storage unit in Croydon.

“Bianca was twitchy about everything – photographer, hairdresser and makeup artist – and even insisted on having a mirror to reflect the camera viewfinder to check on how she looked,” said Robson. “But Georgina wouldn’t give up and she got the feature we wanted.”

Georgina infused her writing with worldly intelligence. In the book of her collected journalism, Sultans of Style (1990), she describes the work of Vivienne Westwood thus: “She created confrontational, nose-thumbing costume for people with a terror of passing unremarked … As fashion they’re schlock. As style they’re 100% effective.”

In 1990 she married Christopher Bailey, whom she met while researching the misbehaviour of Hooray Henrys at the Royal Agricultural College (now University), where he was the registrar. Her first marriage, to the painter and art teacher Michael Buhler, with whom she had a son, Tom, had broken down in the late 60s.

Living with Christopher, in a 1,000-year-old, courtyarded manor house they restored in Brittany, became a new and blissful rural life for Georgina. Christopher devotedly cared for her after she was diagnosed with cancer four years ago. He and Tom survive her.