John Stokdijk is the Initiating Member of the Ajijic Book Club. In 2012 he retired and moved to Lakeside from Calgary, Alberta, Canada.  As he became familiar with his newly chosen community he looked for opportunities for active participation.

He had several ideas and developed a list of possibilities. One day sometime during a moment of clarity he reached a decision. He decided to launch his own initiative, a book club. He had heard of several such clubs but none focused on his primary interest, nonfiction.

Working with a local service provider, Richard Koller, Richard the Computer Guy, as a first step he began developing a website. He was pleasantly surprised that the domain name www.ajijicbookclub.com was available. He prepared three book reports as content for the website which went live early in 2016. 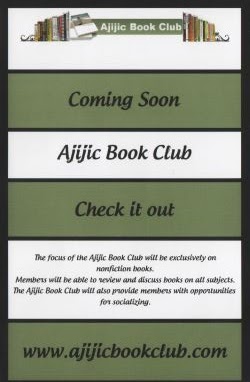 Various efforts were used to promote the Ajijic Book Club. Flyers were printed and distributed and posted on local bulletin boards. Small advertisements were inserted in the local publication El Ojo. Emails were sent to addresses obtained from the Lake Chapala Society Directory.

Response seemed to confirm sufficient interested to proceed. Notice of an inaugural meeting scheduled for August 30 was placed in the Guadalajara Reporter. About 15 people attended the first meeting, a very good beginning. One attendee had even volunteered to bring and discuss several books on Mexican history, a relevant topic at Lakeside.

At the inaugural meeting John Stokdijk presented his vision for the book club: (1) regular meetings to discuss selected books (2) an online discussion group and (3) an annual outreach community event.

As a starting point for book selections, John looked for nonfiction books written by local Lakeside residents and he was amazed by what he found. Subsequent 2016 meetings focused on these books which are summarized below. In each case the book author attended the meeting which added considerable depth to the discussions.

Book selection - One Step Ahead by Jack Prins

Book selection - The Dream is Over, the Nightmare Begins by Gudrun Z. Jones

By the end of 2016, the Ajijic Book Club had a growing email list of people expressing interest in a nonfiction books. The ABC website had had over 3000 unique visitors. It was apparent that the club would be a successful addition to an already wide variety of activities available at Lakeside. It was also apparent that, for some reason, the club appealed to more women than men.